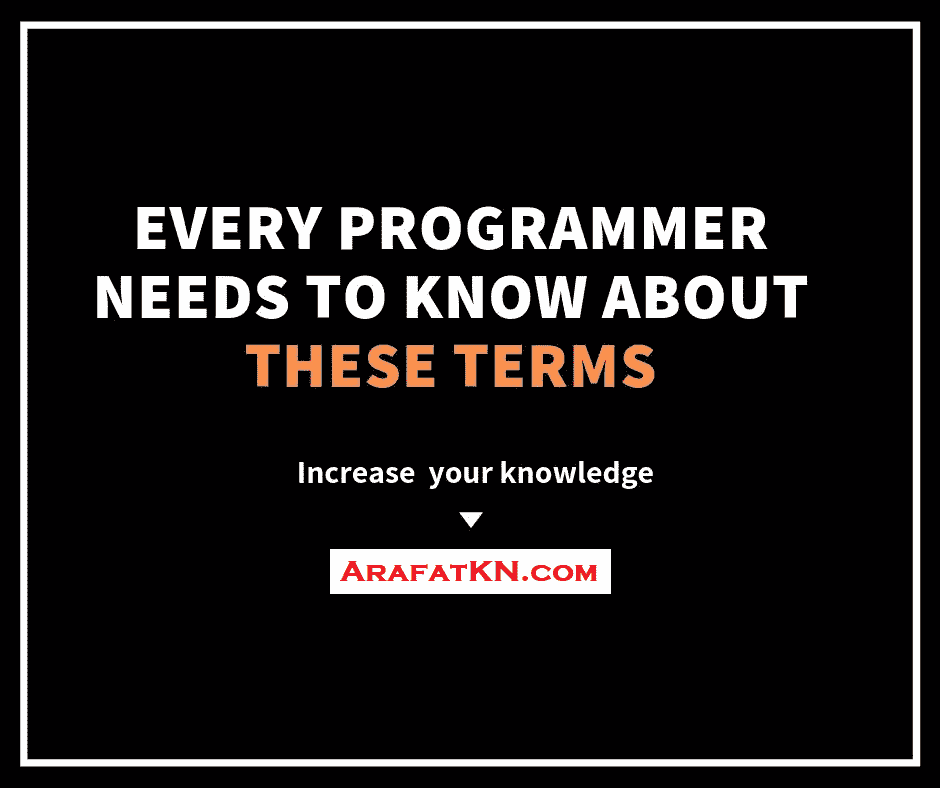 In the software engineering world, there are some common terms that every programmer should know. I have listed 6 of those terms in this article and included a short meaning. Follow the given links to learn about those briefly. Let’s start-

An Integrated Development Environment (IDE) is a software application that provides comprehensive facilities to computer programmers for software development. An IDE normally consists of at least a source code editor, build automation tools, and a debugger.

Pseudocode is an informal high-level description of the operating principle of a computer program or algorithm, it used the structural conventions of a normal programming language but is intended for human reading rather than machine reading.

How to write a Pseudocode

Refactoring is the process of changing a software system in such a way that it does not alter the external behavior of the code yet improves its internal structure.

In computer programming, a callback is a piece of executable code that is passed as an argument to other code, which is expected to call back (execute) the argument at some convenient time. The invocation may be immediate as in a synchronous callback or it might happen at a later time, as in an asynchronous callback.

Thank You so much for reading this article.